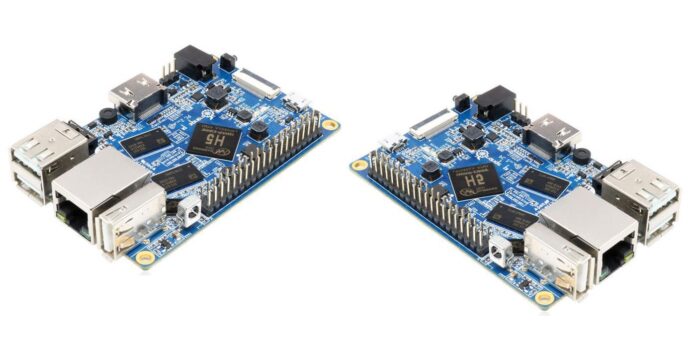 Computer programmers, developers and enthusiasts must definitely have heard of the powerful card-sized computer known as Raspberry Pi. It can be used well for basic applications, and it can even be configured to run programs. Many projects in robotics and others, which use sensors use this computer.

Developers often wish to use cheap raspberry pi alternatives for their purposes. This may be because they are looking for a cheaper substitute, or because the work they do does not need such high specs. One of the developers of great development kits and computers is Geniatech. Their computers are at par with Raspberry Pi computers but come with a cheaper and affordable price tag.

Let us look at a few cheaper alternatives to Raspberry Pi, and also see why they are often a preferred choice.

Check out this alternative to Raspberry Pi, which come with a lower price tag, but have similar computation power and versatility.

The Rockchip RK3566 is a great board for teenagers to learn programming. It features the Rockchip RK3566 with Quad-core Cortex-A55 and comes with 2GB RAM and 16GB eMMC flash memory. It supports Android 11.0 as well as Linux-based operating systems. This computer also supports TF cards with a maximum capacity of 64GB.

The XPI-S905X board comes with an Amalogic S905X quad-core processor and runs on the Android 9.0 OS. It board features a 2GB DDR3 RAM and a 8GB eMMC flash memory for storage. This board also supports external boot using a TF card. It has 4 USB 2.0 interfaces and a single USB OTG 2.0 port for charging.

This development board comes the Rockchip RK3128 Quad-core Cortex-A7 CPU that can handle complex arithmetic processes and graphics. It comes with 1GB of DDR3 RAM and 8GB eMMC flash memory. The eMMC memory offers great security, performance and reliability to the users.

Check out the various features and advantages of XPI computers that makes it a great choice for developers and programmers.

Geniatech XPI computers are open source and support Linux and Android OS. Since it is open-source, there is low chances of security leaks, and your data is kept safe.

XPI computers have been made with durability and quality in mind. As such, they are really sturdy and can be used to run complex programs and have a lot of data processing power.

Geniatech XPI computers are very versatile and can be used for several kinds of projects. Amateur and professional developers can use them for making different systems and run a wide range of applications.

You can see why Geniatech XPI computers are a good alternative to Raspberry Pi. Despite being cheaper and a more affordable option, they offer similar computing power and are very versatile. Companies and individuals are always on the lookout for cheaper, but quality and reliable items, so for them, the Geniatech XPI range of computers should work well as a Raspberry Pi alternative.

What Are the Primary Benefits of the New Titan Gel?

Why Bearbrick Are More Popular Among Children

Why do loose wavy strands look more natural than other wigs?

Self winding pressure washer: Key Features and Reasons to Use